Can I invite or remove users from my dashboard?

How do Dynamic Product Ads work?

How does dynamic copy work?

I don't want a certain product to show in my Dynamic Product Ads. Can I remove it?

Is it possible to avoid double attribution by Facebook and Google?

How to use the Campaign Creation Template

How to add Videos to a campaign via URL

Which ad placements should I run?

I don’t want to run right-side ads. Can I delete them?

Is there a limit to the number of ads I can have in a campaign?

The template copy doesn’t suit my store. Can I change it?

Why are some of my ads turned off?

Can I run more than one campaign per audience?

What is the recommended budget based on?

Is there a minimum budget to run a campaign?

Can I change my budget?

How to set my campaign duration?

When will my campaign start/finish?

Why should I do ongoing vs. fixed-length campaigns?

Can I set the campaign to run in the future?

Can I use my own images?

What size should the images for my ads be?

How do I add video ads to my campaign?

How does Vantage assign a campaign goal / objective?

How does the Vantage Optimizer work?

What do the numbers on the campaign progress page mean?

What is the difference between click orders and view orders?

How do you track revenue and purchases from campaigns?

What are Smart Campaigns?

How do I build a Smart Campaign?

What are prospecting and retargeting campaigns?

Can I edit a live campaign?

Setting up your Google Tag Manager

Unique Clicks is the total number of unique people who have clicked ads in your campaign.

Clicks is the number of clicks to your site.

Reach refers to the number of people your ads were shown to.

Impressions is the number of times your ads are shown. Over a period of time, a given person will be shown the ad multiple times, on various devices.

Frequency is the average number of times each person saw your ads.

Click Through Rate is clicks divided by impressions, so it tells you how frequently the ad was clicked on each time it was shown.

Revenue is the total revenue attributed to ads in your campaign.

Click Revenue is the total revenue after people clicked on ads.

View Revenue is the total revenue after people saw ads.

Orders refers to the total number of orders attributed to ads in your campaign.

Click Orders is the number of orders after people clicked on ads.

View Orders is the number of orders after people saw ads.

Total Spent on Ads is the total amount spent on Facebook advertising.

Total Charged is the amount you have been billed for the campaign. The total charged is more than the Total Spent on Ads because it includes our fee and enough ad spend to last approximately one week.

How did we do?

How does the Vantage Optimizer work?

What is the difference between click orders and view orders?

What is the recommended budget based on?

Is there a limit to the number of ads I can have in a campaign? 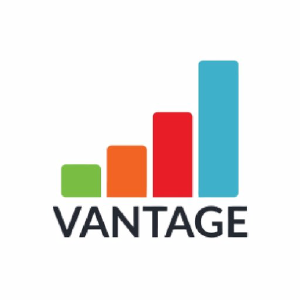